This was the first generation launched under the BMW brand after the original MINI was discontinued in 2000.  Somehow BMW managed to retain the original ‘Mini-ness’ without the back braking, bone jarring harshness that somehow is so easy to forget.  The original Mini was fab for around town but not fun after an hour or so with the jarring suspension, cramped seats and noisy engine. This new generation of car isn’t really a Mini but it looks like one and BMW succeed in keeping the fun aspect and adding comfort and reliability.  Quite an achievement. 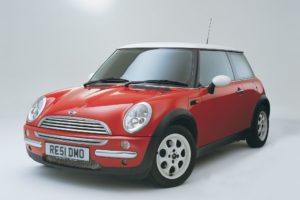 The 1.6 petrol engine was manufactured by Tritec Motors in Brazil and was used in various cars in addition to the MINI range – most notably Chrysler. The higher powered version used a ‘super charger- rather than a turbo to achieve the additional power.  The diesel model (primarily for the European market) was again a bought in unit – this time from Toyota. 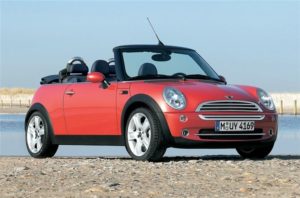 BMW chose to buy engines from other manufacturers for economic and engineering reasons.  At this time BMW had never produced a front wheel drive car and the cost of designing, tooling up and building a drive train for this new MINI range would have taken significant time, carried significant cost and risk – after all BMW had no track record in building a premium 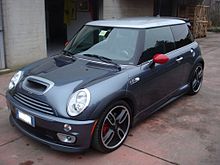 small car and whilst Audi with their A2 and Mercedes with their A Class offered small premium cars – this sector was very new and untried.  In fact Audi pulled the plug on the A2 in 2005 after sustaining heavy losses whilst Mercedes pushed on with the A Class after some serious setbacks concerning stability.

A further consideration (or perhaps the main one) was BMW identified the USA as a viable market so choosing an engine that had already been approved in that market made enormous sense – hence the Tritec engine (the diesel was never offered in the USA and with petrol (or gasoline)  costing 20% of the UK cost outright economy has never been a as big a concern as it has always been on the European side of the Atlantic.)